Euphony is Orono’s Chamber Choir specializing in preparing and performing new choral music by today’s finest composers, including Arvo Pärt, James MacMillan, Jonathan Dove, Eric Whitacre, Eric Barnum, and many others. To date they have commissioned five new choral works. Founded in 2006 at the University of Maine, Euphony’s membership is comprised of students, faculty, and alumni. They perform regularly in Orono and throughout the mid-coast Maine region.

Francis John Vogt teaches voice at the University of Maine as well as choral music and opera. Recently he was assistant professor at Clarke College in Dubuque, Iowa and Music Director of the Dubuque Chorale. He holds degrees in Vocal Performance from the Hartt School of Music and the State University of New York College at Fredonia, and is a candidate for the Doctor of Musical Arts degree in Choral Conducting from the University of Missouri-Kansas City. He has performed, recorded, and toured with the Dale Warland Singers and the Gregg Smith Singers. Additionalperforming credits include appearances with the Connecticut Choral Artists, the Ohio Light Opera, the Connecticut Opera, the Maine Shakespeare Festival, the Penobscot Theatre, and the Gilbert and Sullivan Society of Maine. He was nominated for Best Male Singer at the International Gilbert & Sullivan Festival in Gettysburg, PA in June 2011. 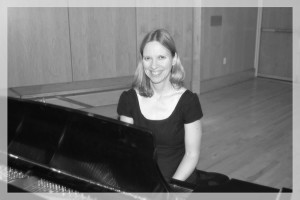 Dr. Laura Artesani is an Associate Professor in the School of Performing Arts at the University of Maine, where she teaches music education, music history courses and supervises student teachers. She is the faculty advisor for the UMaine Collegiate Chapter of NAfME, and is a member of the Executive Board of the Maine Music Educators Association.

Dr.Artesani graduated summa cum laude from Barrington College in Rhode Island with a B.M. in Music Education, and received a M.M. in Piano Performance from the University of Maine. She earned a D.M.A. in Piano Performance from West Virginia University, where she was the recipient of the Swiger Teaching Fellowship for four years. She has completed Level I-III of Orff Schulwerk Training, and is the recipient of a research grant from the American Orff Schulwerk Association. Articles that Dr. Artesani has written or co-authored have appeared in the Journal for Music Teacher Education, The Orff Echo and General Music Today.

In addition to her duties at the University of Maine, Dr. Artesani is also the organist/pianist at the Church of Universal Fellowship in Orono. She has taught at the Lincoln School in Providence, RI; North Orrington and Center Drive schools in Orrington, ME; and the Stillwater Montessori School in Stillwater, ME.